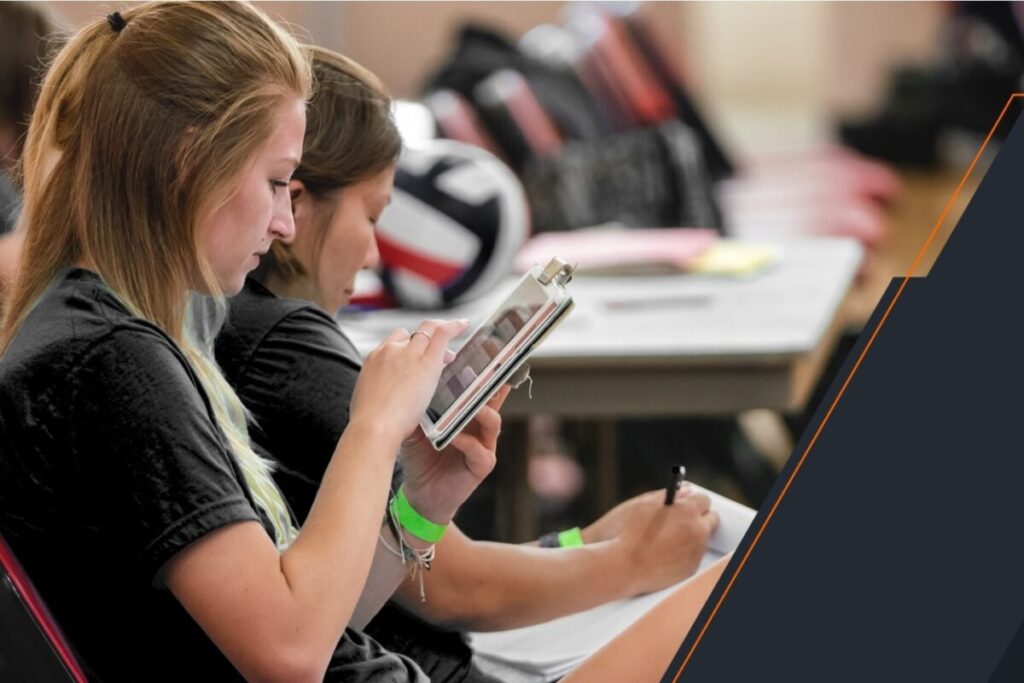 You may have heard about our new attack tendencies report for volleyball teams on a Silver subscription or higher. This report unlocks a deeper understanding of your team and your opponents to give you confidence come game time.

Whether you tag matches yourself, or you let Hudl Assist handle the stats, this report will help you see what’s happening below the surface. But we know every coach is different. Here’s how you can use attack tendencies, no matter what kind of coach you are.

You coach because you’re passionate about helping your athletes get better. The wins are great, but what lights your fire is seeing players improve. Consider attack tendencies the newest accessory on your coaching toolbelt.

Maybe you have an outside whose attack percentage is lower than you’d like. They have a solid swing with some power behind it, but the ball just isn’t finding the floor. With attack tendencies, you can sit down with them and review their attacks. If you notice the player tends to attack left back—which isn’t great because most of your opponents put their libero there—you can work on thumb up shots during your next practice so the ball falls deep line.

With the speed of the game, it’s easy for you (and your coaching staff) to miss this. You might catch on by watching video, but that takes time. And looking at stats is great, but it’s not going to give you the full picture. That’s where attack tendencies come in. You see the what, where and why behind every swing and in turn, you can help your athletes improve their game and become greater offensive threats.

You’re bought into the value of video and record your matches from time to time. But data is a little scarier and, if we’re being honest, the word “analytics” makes your blood pressure rise. Let’s go over some of the basics of an attack tendencies report, and you can decide if it’s too advanced for your team (hint: it’s not).

Begin by looking at your team’s attacks. You can find exactly what you’re looking for by filtering by match, set, team or player—and now you can also filter by specific rotation, result or phase (first ball or transition) with this new report.

You know your team struggles to side out in rotation five. Filter by that rotation and first ball to see what’s working and what’s not. Are you out-of-system too much in serve receive? Is your setter not spreading the ball enough? Create a practice plan based on those insights so your team can celebrate more first-ball kills.

You don’t let your team play in a match they’re not prepared for. You spend countless hours watching scout film and planning your practices around what you find. Good news—the attack tendencies report will make this part of your job easier than ever.

You have your biggest match of the year coming up. It’s at home, against your rival who beat you in five sets the first time you played them this season. To get a win, you’ll need to be prepared offensively and defensively. Their middle’s .400 attack percentage catches your attention right away, so you dive into each swing. You notice their attacks are most often falling in the deep corners of the court, so you might switch to a rotational defense when they’re front row. You might even triple block the middle and be less concerned with what the pin hitters could do without a block.

No matter what you decide, this new report will make learning your opponents’ tendencies easier than ever. With the perfect scouting and practice plan in place, your team will be ready for the big match.

You love numbers so much, diving into your reports on Hudl is basically your favorite hobby. But a number only tells part of the story. Attack tendencies will change your view, so you can change your understanding.

Say you’re worried about the outside on the team you’re playing next week, so you dive into your stats report and click on #14’s attacks. You see the video clips that show all of those swings, but your opponent recorded from a side angle, so it’s hard to tell where the attacks are landing and where the hitter is taking off from.

Have no fear, the attack tendencies report is here. See the start and end location of every attack so you can plan your defense accordingly. Notice most of the sets aren’t getting all the way to the pin? Bring your right side and middle blocker in a couple of steps and challenge the attacker to go line—you’ll have a defender there anyway.

TL;DR: the possibilities for using attack tendencies are endless. We’re excited to see how this report will help club, high school and small college coaches and athletes improve, win, teach, plan and scout.