Here is a 6v6 volleyball drill that can involves more that just 12 players. The drill can easily be re-designed to meet a variety of objectives.

This drill was provided by Coaching Volleyball

Coach Forman is currently the assistant volleyball coach at Midwestern State University. Before that he was the Head Coach of the professional women’s team at Svedala Volleybollklubb in Sweden. He also coached at Rhode Island and Brown University.

Synopsis: This is a 6 on 6 drill/game that you can use to keep many players active and not sitting out for long periods of time.

Age/Skill Level: This is a drill for all levels

Execution: Set up one side of the court with a team of 6. The rest of the players are on the other side. Six are on the court, with the rest ready to come in. The 6s side serves and the teams play out a rally as normal. On the next serve, a new player serves and bumps the player or players in their position. For example, if an OH serves, they bump the current back row OH up to front row, and the front row one goes off to become a server. Thus, a new player comes in at the start of each rally, and one goes off. 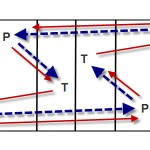