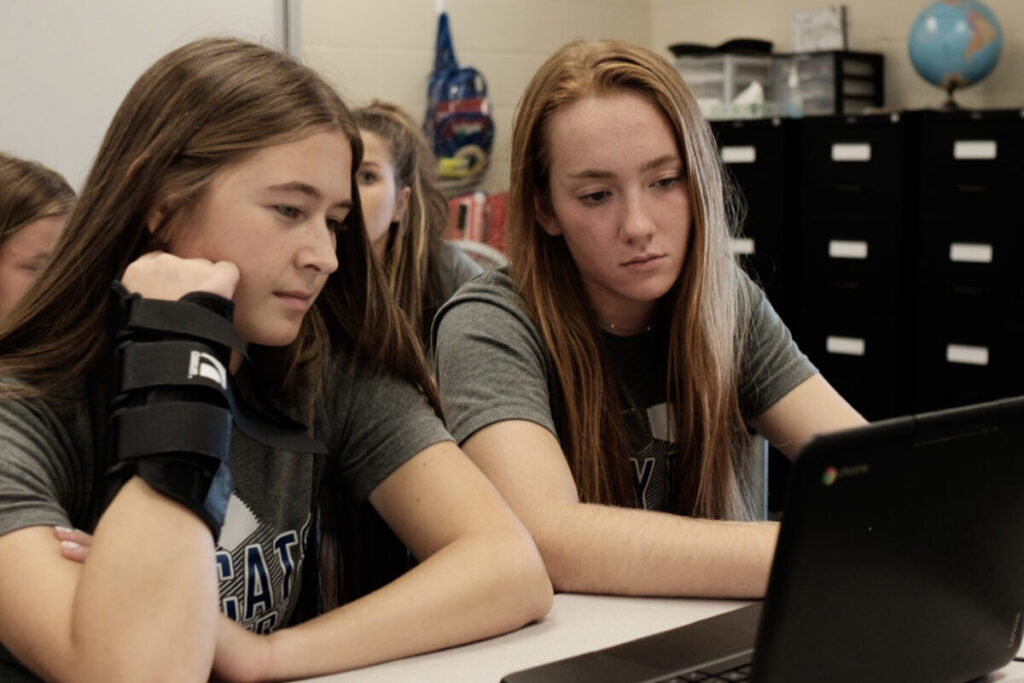 High school volleyball coach Lindsay Peterson has ideas on how to keep your players engaged during film review.

Film. As coaches, we know it helps us understand what our teams do well and what we need to work on. It allows us to scout our opponents and gives us insight into their performance.

However, for players, it can be cumbersome. They might see it as just another thing they “have to do.” Players often don’t know what to look for, or they get caught up in what they individually did or didn’t do.

That’s why it’s important for coaches to use film as a learning experience, so it’s beneficial for everyone on the team. Watching film can build volleyball IQ and, for your visual learners, it can be really eye-opening.

Get It on the Schedule

My teams use film in different ways, but it’s most productive for us to watch together as a group. I like to take the first 45 minutes of practice to do this. It’s not every week, but I do it as often as I can. Why? Because going back and watching matches can be as important as practicing itself.

I always watch the film first to edit out timeouts and side changes. Most of the time I have them watch one set, or at the most, two. This ensures it catches their interest and keeps their focus. I try to use different editing tools to highlight what I want the players to pay attention to the most.

Having film meetings at the start of practice means it’s already a time where the players planned to be together and work on getting better. But it’s important to be clear that this isn’t a time to point the finger at anyone or any position. Volleyball is a game of errors. If we want to get better, we have to see where we’re making our errors and then work hard to correct what we can.

In the same breath, we also need to celebrate what’s going well for us and where we have improved! I like to start there, with the good things we do, then move into the things we need to get better at.

Here’s how to divide it up:

Once they’re finished, have each position group share their results with the rest of the team.

No matter how you watch film, I recommend ending the session with the same two steps every time:

Both of these steps are extremely important because it makes the film-watching process tangible. And when your players are bought in, they’re already on the path to improvement.

Lind­say Peter­son has been a var­si­ty head coach for eight years. She played for the Uni­ver­si­ty of North Alaba­ma, help­ing them win the DII Nation­al Cham­pi­onship in 2003. Peter­son has led her Mil­lard North High School team to the state cham­pi­onship tour­na­ment sev­en times, win­ning in 2016 and 2018. She was named one of the top 40 coach­es in the coun­try by the AVCA, and Coach of the Year by the Oma­ha World-Herald.